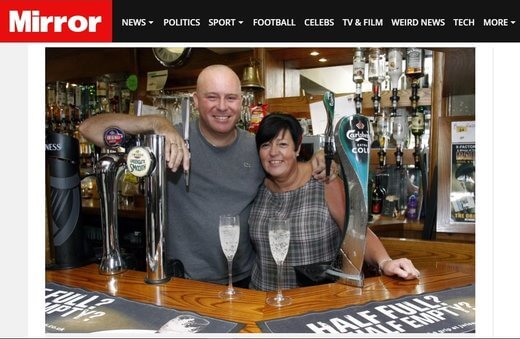 Dean and Stella Hardman have learned that winning a large lottery jackpot opens a lot of possibilities. After their £6.75million lottery win in 2006, there were a lot of letters asking for money, one even suggesting they buy the Bury FC team. But eleven years on, the couple are still toiling at the same pub.

They say it’s a traditional pub they run and they’re proud of it. They consider their customers much like family. They said they planned to close the pub a year back, but decided against it at the last moment.

But there have been improvements in their lives. They enjoy life more now and run the pub only because they want to.  Before their win Dean had to work on another job.  Now they have more time together. They have also managed to finally tie the knot and have been going on annual vacations in Goa. There is also a new Audi A8 in their garage and they have interests in race horses.

They’re still running the pub because it’s what makes them happy.