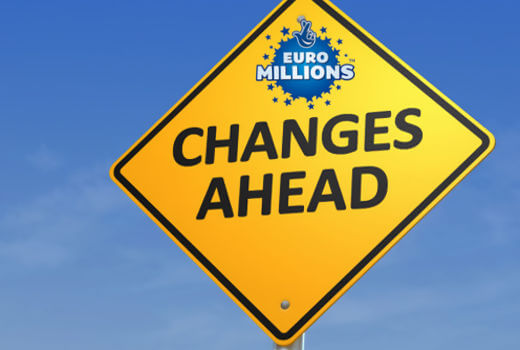 Those crazy Euro folk have decided it’s time for another shake-up to the popular EuroMillions game. Starting with the draw on Tuesday 27th September 2016, these will be the latest changes to the game:-

The jackpot cap still remains at €190M however, so this could reduce the maximum length of time before a jackpot is won. Roll down draws could also be slightly more frequent as a result.

To launch the game changes there will be a guaranteed €130m Superdraw jackpot on the 30th September (the Friday draw).