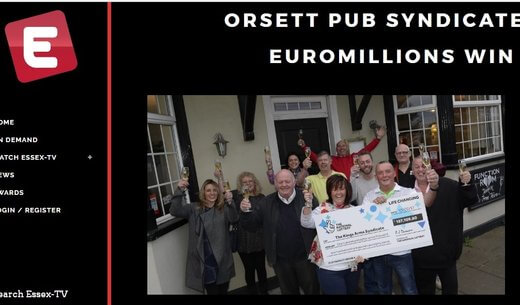 How good is it to play the lottery with your best mates and win a big prize on Valentine’s day? Well you can ask the sixteen members of the King’s Arms syndicate who operate from Stifford Clays Road in Orsett.

The Essex pub syndicate is headed by no other than the pub landlady Emma Crawford. The group, who have been playing for about three years, usually buys entries for the Tuesday and Thursday draws. Emma admits being slow to check on their tickets, but something made her use the phone app to scan a bunch of tickets on the 14th of February as she was putting a chicken in the oven.

Some now want kitchen upgrades, vacations, and new cars.  And, being a pub syndicate they’ll be celebrating over a few drinks as well.

Want to join a EuroMillions syndicate? Find the best ones here