Woman’s Reaction After Being Told She Won The Lottery [video]

You’ve probably seen a lot of video interviews of lottery winners; there’s lots of them. But how often do you see video of a person at the precise moment she learns she is a big winner? Watch this video and see!

The video shows the moment lotto outlet personnel informs Jessica Macarone in Newark that she has won $2 million. She appears genuinely flustered and asks repeatedly if it’s real. Even when convinced the win is real she could hardly express herself properly.

Her Powerball entry managed to match 5 numbers but not the powerball for a million dollar second prize. But an extra dollar she paid for the Power Play option doubled the prize to $2 million. The winner shares that it has been rough lately. She had lost her dad and an uncle and her mom is not doing well. The win would be a big help.

When asked if she knew what she wanted to do with the money, she said no and put into words how many of us feel about winning: “Who’d think I’d win anything?” 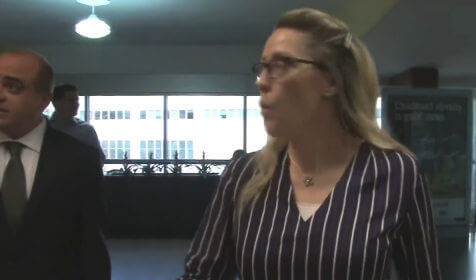