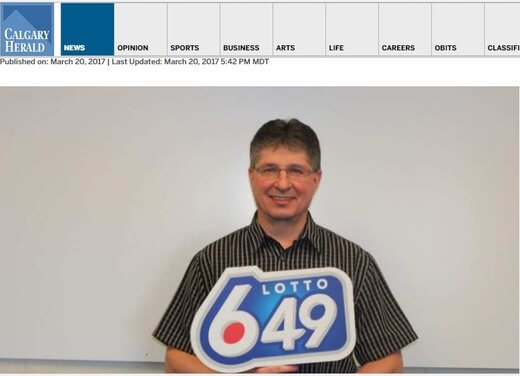 Charles Stevenson of Calgary and his partner had already booked a vacation trip to Mexico, but the lottery caused a change of plans. After winning $1 million in the Feb. 18 draw of the 6/49 lottery, the lucky man now says he’ll be booking additional seats so his children can come along.

At first he found it hard to believe that he had really won. He went to two stores to check the ticket, but the results were the same. He says he was trembling with excitement at the time. Aside from a bigger vacation trip to sunny Mexico, Stevenson is also contemplating retiring earlier than he originally planned.

He bought the lucky ticket for the Guaranteed Prize draw at the Ridge Mart, 1920 62nd Ave. S.E.