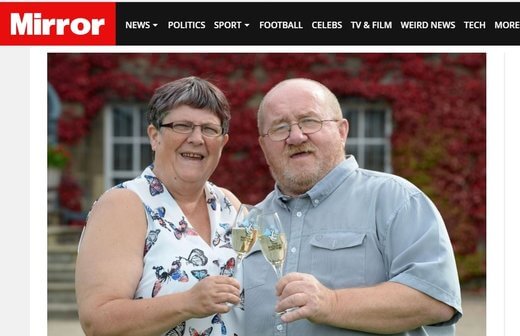 A taxi driver felt lucky after winning £10 that she asked the store clerk to pick out two £5  Monopoly scratchcards for him in lieu of the cash. It was after he scratched the cards when Alan Phillips realized that one had given him the top prize of £1 million.  The lucky man then called his wife with the good news, but she thought it was just one of his jokes. Only when she was shown the ticket did she start to believe him.

Phillips says he’s not about to leave his job just because of the win. He wants to remain the same person, although he would have much less financial worries from now on. His wife is already preparing the notice she will hand in for her current job as a cleaner. They both say that the whole family will benefit from their win.

In the plans are a 40th anniversary treat for his wife in the form of a caravan, helping children acquire property, and giving something to the sales clerk who picked out the ticket.