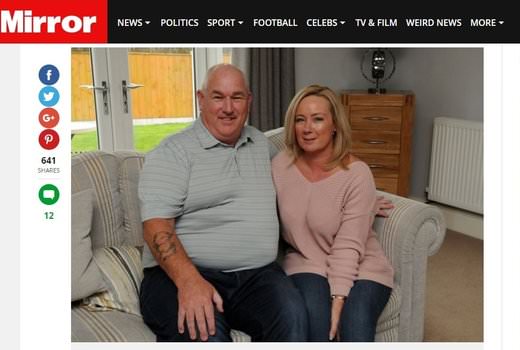 It’s always nice to hear of people whose lives were changed for the better by significant lottery wins. Mark and Cheryl Brudenell who won just a bit less than a million pounds way back in 1997 are two such people.

When the six numbers they had been playing every week finally came up, Mark and Cheryl won a £916,000 share of the jackpot, and 20 years ago that was very big money indeed. But the couple, who married as teenagers, were simple people who managed to stay the way they have always been despite their win.

They bought a Jaguar immediately, which Mark says he had always wanted. And Mark left his job driving tankers. He later opened a double-glazing business which specializes in building orangeries. They have also traveled the world; Hawaii for their 25th anniversary, the Maldives and even Jamaica. Incredibly even their children were unaffected by the sudden turn in their fortune, although they splurged on a load of clothes they wanted immediately after the win.

The money empowered them to do many things they wanted but have not changed who they are. In fact they still play the lottery!