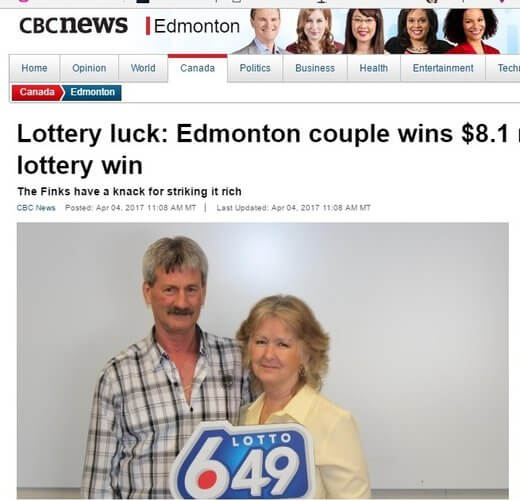 For this Edmonton couple, third time’s the charm. It is not their third try at the lottery, rather, it is their third significant lotto win which dwarfs the first two!

It was Barbara who found out they were winners in the Feb.22 draw when she checked the results through her phone. And she was shocked to see all her numbers on the screen. She had a hard time phoning her husband, who was at work, but was finally  able to connect.

The happy couple now says their priority is helping out their family. But they also plan to buy a new home, go on vacations and enjoy their winnings.