How Many Lottery Winners Go Broke? 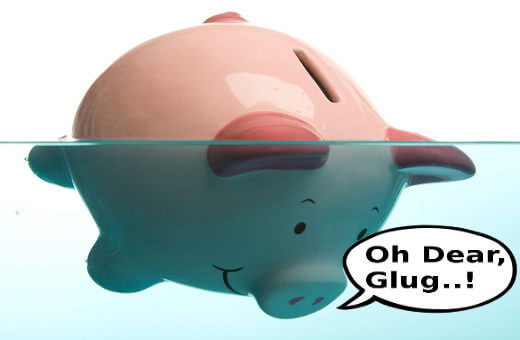 The stories of lottery winners who lost their millions make great reading. But can there really be as many as it seems, or is it all just media hype – so how many lottery winners go broke?

Back in 1988 in Pennsylvania, William Post won a sizeable $16.2 Million on the  lottery. Yet incredibly he now he wishes he had never won!

It took him less than a year to end up $1 Million in debt, and living on Social Security payments.

In 2003, in the UK, Callie Rogers won £1.8 Million when she was just 16 years old. She rapidly blew through it buying expensive holidays, houses for her family, designer clothes and cars. She also admits to spending £250,000 on drugs.

Just 6 years later she was broke and living back with her mother.

You’d be forgiven for thinking this happens to a large percentage of lottery winners, especially given the publicity ‘lottery winners gone bad’ get.

MarketWatch were surprised to find as many as 1% of Florida lottery players go bankrupt (winners AND losers). Which is about double the normal rate of people going bust.

This was based on a study by economists at the University of Kentucky, University of Pittsburgh and Vanderbilt University. But the study only looked at winners of up to $150,000.

It’s interesting to note the trend appears to increase amongst lottery players. But this is likely to be down to the type of people who play the lottery.

And whilst all classes and economic statuses do play the lottery there is, unsurprisingly, a higher percentage of players amongst low income families.

Low income families tend to have below average education and may therefore struggle more with financial planning and understanding their money.

So when they could clear debts and save significant future costs, even fairly modest  lottery wins seem likely to trigger spending that just wouldn’t happen if the money had been earned.

Depending on which figure they have plucked out of thin air, or how badly they want to sell you financial advice, the rate winners go bankrupt could be as many as 1-in-3 people, or even a crazy 70%.

But the truth is, nobody really knows.

Lottery companies do NOT release statistics about how many winners lose all their money. It’s extremely unlikely they even know themselves.

And all lottery winners with any sense are as discreet as possible about their win. So any survey to try and find winners that have lost their money is likely to be heavily biased towards those that didn’t understand the need to be discreet. The very people who are most likely to have gone bust.

There are literally hundreds of lottery games worldwide. And in the region of a hundred of them are big prize games, that pay out prizes in excess of a million every week or so.

And a lot of those games have been running for 5 years, 10 years or even longer.  That’s tens of thousands of people made instantly wealthy by playing the lottery.

A handful of stories a year of lottery winners losing it all is totally insignificant when taken in context. The reality is the vast majority of winners do not lose their money.

So by all means enjoy the stories of lottery winners going crazy. And maybe take some tips from them on what not to do.

But don’t let anyone tell you that most winners lose it all because it simply isn’t true.

Mark Haigh is a mathematician and writer with a particular interest in probability and statistics. He also has a secret fascination with playing the lottery, and writes for Lottery Syndicate World on this subject.