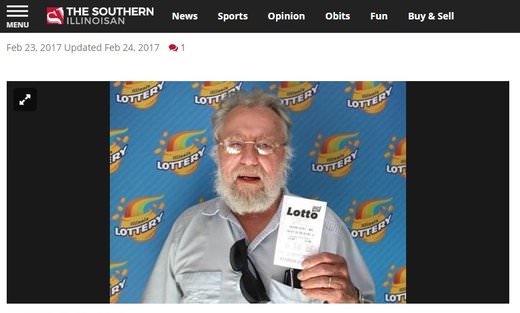 For nearly two weeks, people in Illinois have been wondering who won the Feb.13 draw. Then finally, Donald Wendell came forward to claim the prize, all $11.25 million of it.

The lucky man says he bought the winning ticket from a Circle K in Benton, and that it was a simple $1 quick pick. When he heard that the winning ticket was sold in that store, he went back there to check. He says he was surprised to see after the draw that all his numbers matched. It must have felt like a reward for his years of play. He says he buys one or two tickets every week.

It is interesting that he always jokingly asks clerks if they had sold him a winning ticket.

Though he was initially shocked by the win, he now says he will use the money primarily to make investments and give a portion to charity.