But don’t worry Powerball, it’s all over now — until next time.

As we expected the jumbo $648 Million jackpot for Mega Millions was won last night, by two ticket holders. Here’s hoping at least one of those tickets was a Mega Millions lottery syndicate.

One ticket was bought in San Jose, California – the other in Atlanta, Georgia. The winners are due to be unveiled very shortly.

So as the jackpot now resets to a relatively sedate $15 Million for Friday night, attention will no doubt turn again to Powerball meanwhile. 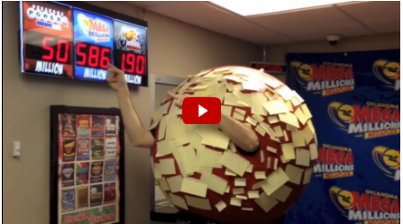