Church goer and grandfather of 7 just won $1 Million on a $2 scratcher in East Texas.

He only bought two tickets, the first of which lost, but the second was the million dollar winner.

Bernardo plans to give some of the money to the church, and wants to buy a home for his large family.

By the way, does Bernardo look anywhere near 70 years old to you… 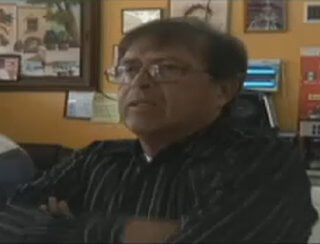