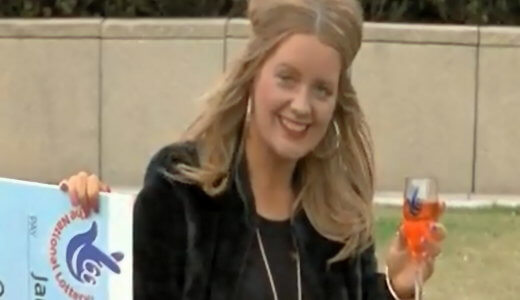 At the tender, and barely legal, age of seventeen Jane Park became one of the youngest winners in the UK when she won £1 million from the Euromillions Lottery in July 2013. The latest news on the young winner has her manning the phones at a taxi company on night shift. In addition she is said to be moving back in with her mother.

At about this point most readers would be thinking that she was too young to win such a huge amount, and she has probably squandered her winnings; that is perfectly understandable – but completely wrong. She still has loads of money left; she is only working to stave off boredom, and moving back in with her mother by choice. There is much more to tell about the remarkable way this lucky lady has managed to deal with sudden wealth.

At the time she bought her winning ticket, the teller had to ask her to produce identification to show she was over 16 years old. It is not as if she would forget the details; it was her first Euromillions ticket and the one which won her a cool million pounds (try your luck with a syndicate here).  Her fortunes came by way of a lucky dip ticket she bought from Abdul Rasheed Dabafum’s Broughton Street shop in July 2013.

Suddenly she was rich beyond her wildest dreams and clueless about what she wanted to do. She had no idea how much to share with family and friends. To make matters worse she suddenly had no more friends in the same financial bracket.  But even then she showed her wisdom and professionalism by working till the end of her contract with the Scottish Council for Voluntary Organizations, so as not to disrupt their operations.

Then she made her first big mistake; she announced her win via facebook. Soon everybody knew about her sudden windfall and sadly not everyone wished her well.

She was soon on an emotional roller coaster. There was no denying that she appreciated the money – she just had no idea what to do with it, how to deal with detractors, and how to cope with loneliness.

She had envious people criticizing almost every aspect of her including her looks. Thankfully she had help from family and she wisely chose to ignore them till they eventually got tired of it.

She went on a spending spree of sorts, of course, but even that had its pitfalls. While on an eight-week holiday in Magaluf, she broke her arm after falling off a stage and broke her kneecap in a second accident. She had a grand 18th birthday celebration though; she pulled out all the stops for her birthday party to pay for designer gowns, expensive bags, and even a pet Chihuahua on her arm.

She bought herself a three-bedroom home of her own, just because she thought a millionaire should not be staying with mum anymore. But after realizing all the responsibilities that come with owning a home (cleaning, utility bills to keep on top of etc.) she decided to move back with her mother. Besides it became lonely being all alone that at one point she asked a friend to quit her job to stay with her.

She has shown uncommon wisdom in handling her finances though, most of which still reside in a bank. When it came to sharing with family, she made the decision about how much to give them on her own.  For herself she has spent just a fraction of her winnings; aside from the home, a vacation, and the party for her 18th birthday, she has bought about fifty pairs of expensive trainers.

The loneliness she felt doing nothing in a big home drove her to work, which will see her through in the remote possibility the money should ever run out. Deciding to live with her mum would provide even more savings. She is surprisingly level-headed for one so young.

She rightly says family is something money can’t buy. But just in case she needs to spend on something there’s lots more money in the bank, a useful backup she will probably have for her entire life. So despite the naysayers, we think she’s a fine winner and well worthy of being our winner of the month. We wish you well Jane.