Derbyshire Lottery Winner Gave A Chunk Of His Winnings to Charity 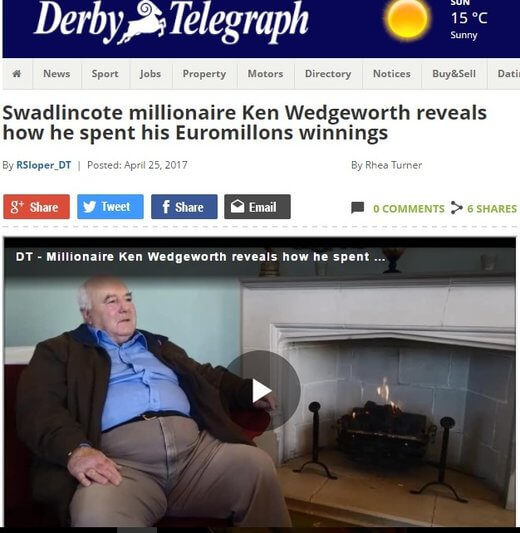 Back in November 2016, Ken Wedgeworth of Derbyshire won a million pounds plus a free shopping trip to New York when the raffle code on his Euromillions ticket was drawn. Less than half a year later, he reveals how he spent his winnings.

Wedgeworth’s lottery luck came by way of his need to go shopping for milk and bread – he bought a Euromillions ticket too. After his entry won, he even chose the cash option over the New York trip to up his winnings to £1,055,923.

Since then he has taken a trip to see the Northern Lights. He says he has not changed much and he’s surprised that some friends actually treat him the same way as before he became a million pounds richer. He says he has also given a lot to charity. Amazingly, he still drives his old Renault, but he has bought an open-plan bungalow for convenience because he has some mobility issues.

He says the best thing is not having to worry about money for the foreseeable future.