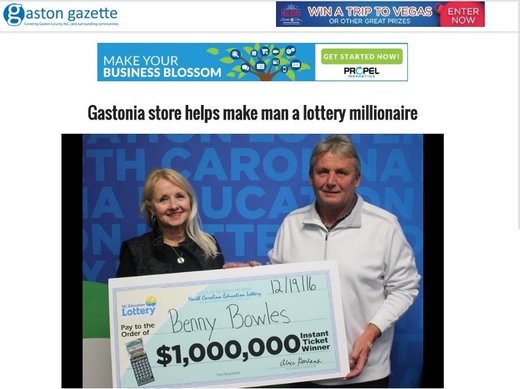 Bowles usually buys two scratch-off lottery tickets, but while at the store something told him to buy three.  While in front of the teller he had the same thought, so he decided to give in.  He bought three “Ultimate Millions” scratch-off tickets.  The first two were duds, but the third one revealed a million dollar prize.  He was stunned and even his brother found it hard to believe him.

What’s more incredible is that he won back in May, but held on to the ticket till he and his wife can figure out what to do with all that money.