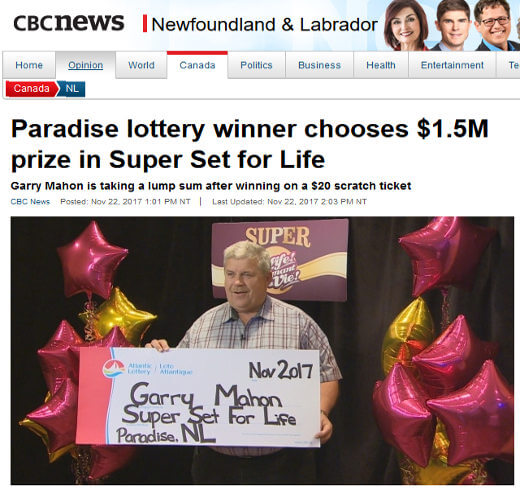 Gary Mahon used $20 to purchase a Super Set For Life instant ticket from Marie’s Mini Mart early in the morning but didn’t consider it important to scratch it right away.

But when he did scratch the ticket later that night, he was surprised to see he had won the jackpot. He looked at the ticket against the light to check again and confirmed he is really a winner. The prize is for $100,000 a year for the next 20 years or $1.5 million as a single payment. He chose the single payment option.

At 62, Mahon still works in a land development business, but he’s now looking for some time off to visit warmer climes. He’s thinking of heading off for Jamaica for the Christmas holidays. He says most of the money will go toward his retirement fund, although he has  no plans of retiring just yet. He’d be too bored if he did.