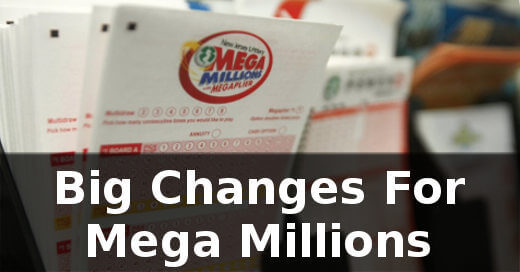 Here are the Mega Millions changes:-

Are The Changes Good?

So it is a bit of a mixed bag. Unfortunately the jackpot is now even harder to win, especially when you consider that a ticket now costs twice what it used to.

But the odds of winning the 2nd prize of $1 Million have actually improved.

The most controversial change will of course be the price rise though. Which will also mean a bit of a scramble for Mega Millions syndicates to restructure their groups.

It’s all about big jackpots. As the president of Mega Millions, Debbie D. Alford, said:

“We have a demand for innovation to keep fresh, entertaining lottery games and to deliver the attention-grabbing jackpots”

Powerball was made harder to win so it creates more rollovers and bigger jackpots. Mega Millions is competing with those jackpots. Previously it offered something different by being half the ticket price, but these changes bring things almost completely in line with Powerball. Although the Powerball jackpot is now slightly easier to win with odds of 292 millions to 1.

One other novel change is that Mega Millions will now offer a ‘Just the Jackpot’ option. If you’re willing to give up the chance of winning anything smaller than the jackpot, you can opt to play for only the jackpot prize.

This may help make the price rise less painful to some players, as it will cost $3 for two plays. Still 50c a play more than it used to be, but it is an option.

If you do choose to play this way though, just be very clear that you can’t win anything smaller than the jackpot. If you match 5 numbers but not the Mega Ball you won’t win anything at all. That could be a difficult result to accept!

What Do You Think? 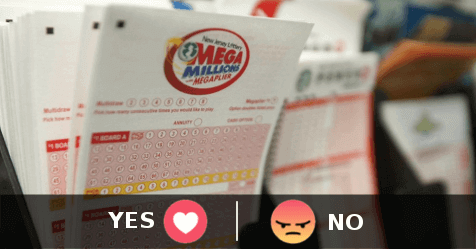 Do you think Mega Millions have got this right? Are bigger jackpots what you want? Or has this ruined the game for you?

Will you continue to play Mega Millions or switch to Powerball now? Or another game? Let us know by adding a comment below.