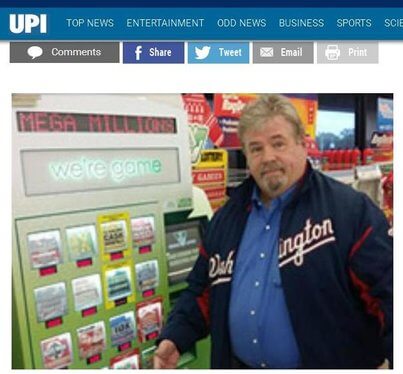 The Virginia Lottery’s Bank A Million Game gives grand prize winners a million dollars net of taxes.  However, Bernard Bennick’s fortuitous error had made it possible for him to win twice as much in the same draw.

Since he bought his entries from different outlets, two stores now stand to receive $10,000 bonus checks for selling the winning tickets.